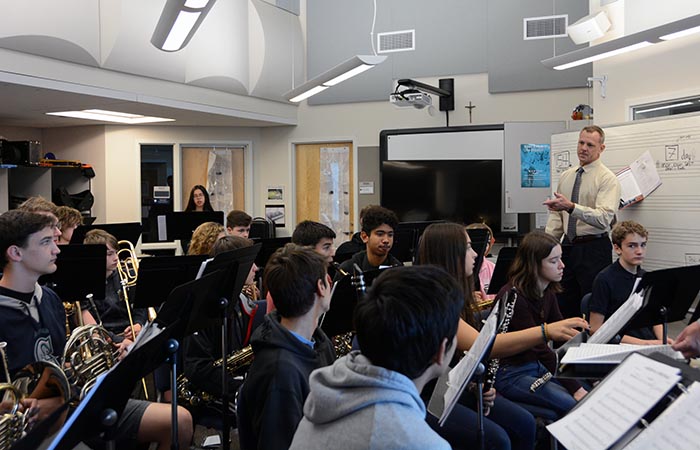 The Wind Ensemble had the opportunity to learn from Captain Bryan Sherlock, the Assistant Conductor of "The President's Own" United States Marine Corps Band. Founded in 1798 by an Act of Congress, the Marine Corps Band is America's oldest continuously active professional music organization. 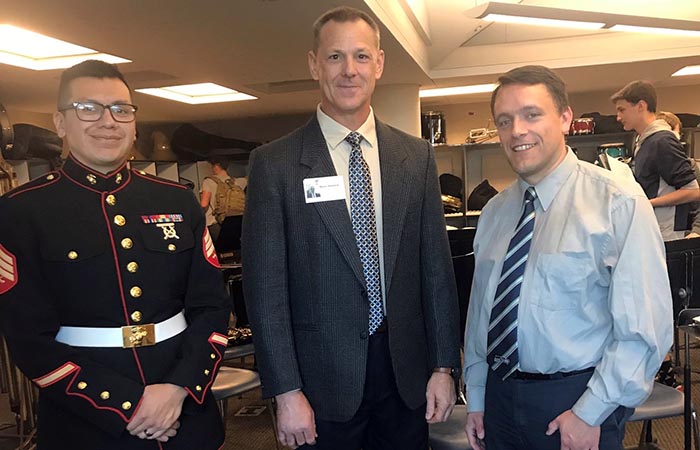 The President's Own is the band that plays for all official state visits and White House events. John Philip Sousa become famous for directing this band. The band only tours through Washington State every 5-10 years and EC was only a handful of schools that were selected for a clinic while they are in town.