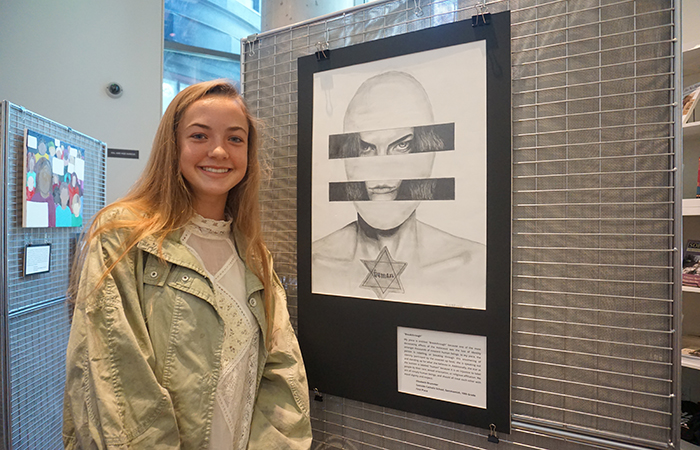 “There may be times when we are powerless to prevent injustice, but there must never be a time when we fail to protest.” 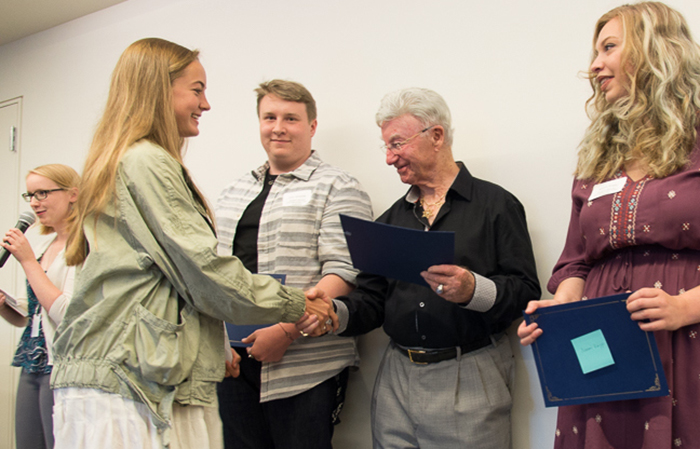 Students were asked to respond to this quote by Elie Wiesel for the 2017 Holocaust Center for Humanity’s annual writing, art and film contest. And over the summer, three EC students were honored for their creative interpretations of this thought-provoking prompt. Wiesel, who was a Jewish writer, professor, political activist, Nobel Laureate and Holocaust survivor, died in July 2016. 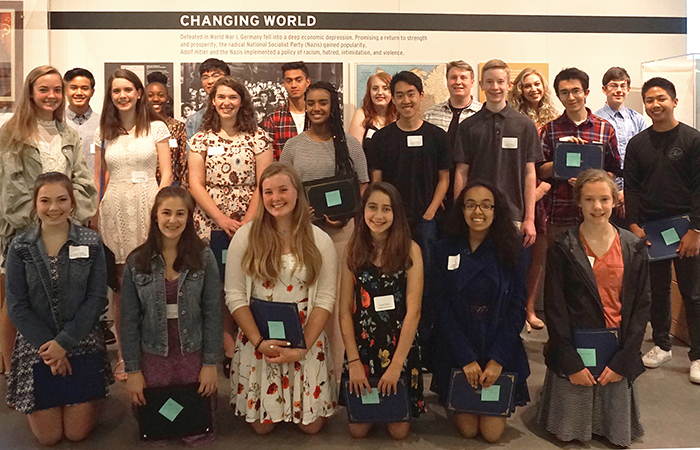 Congratulations to junior Elizabeth Brummer who placed first in the category of High School Art with her drawing, Breakthrough which speaks to a loss of identity. In the description of her artwork, Elizabeth stated that the person depicted “…is rebelling, or breaking through this smothering of identity (portrayed by the covered up face); she is speaking out and standing up for what she believes in.” Juniors Sophia Vandewark and Jacqueline Johanneson placed second and third, respectively, in the High School Writing category with their independent and original works titled Unhearing and If These Walls Could Talk. Seventh grade student Aava Sikchi was also honored to be a judge of the middle school competition. More than 900 entries from 73 different schools participated in this year’s contest. See the honored entries on the Holocaust Center for Humanity’s website.