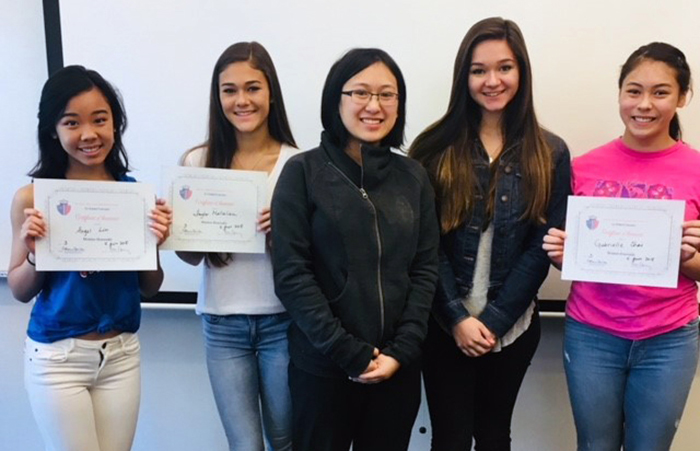 We are proud to congratulate four medal winners and 11 honorable mentions in the National French Contest (Le Grand Concours) this year. This is an annual competition sponsored by the American Association of Teachers of French where students in grades 1-12 in all 50 states and abroad take a written test and compete against students with similar educational background for prizes. Grades 1-6 participate in the FLES Contest while grades 7-12 participate in the Secondary Contest.