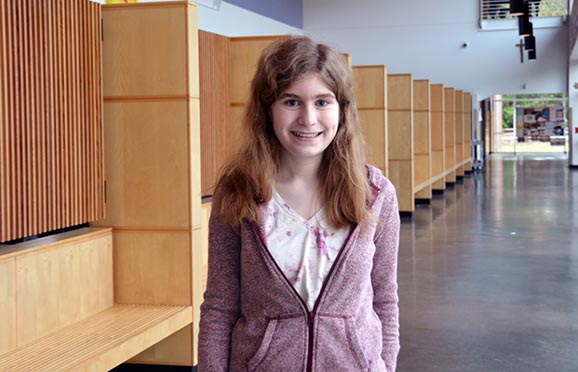 High School Principal Barbara Swann praised Rachael for her accomplishment. "I would like to congratulate Rachael upon her selection as a National Merit Semifinalist, ranking among the top one percent of high school students in the United States. All of us at EC are very proud that Rachael’s academic promise is being nationally recognized.”

Rachael plans on double majoring in statistics and Spanish when she attends college. When asked about suggestions for younger students, Rachael said the most important advice is to, “study hard and not be afraid to take challenging classes.”

These academically talented seniors have an opportunity to compete for 7,500 National Merit Scholarships worth approximately $31 million that will be awarded in the spring of 2019.

About 1.6 million juniors, in more than 22,000 high schools, entered the 2019 National Merit Scholarship Program by taking the 2017 Preliminary SAT/National Merit Scholarship Qualifying Test, which served as an initial screen of program entrants. The nationwide pool of semifinalists, representing less than one percent of U.S. high school seniors, includes the highest scoring entrants in each state. Merit Scholar Finalists will be selected based on their skills, accomplishments and potential for success in rigorous college studies.