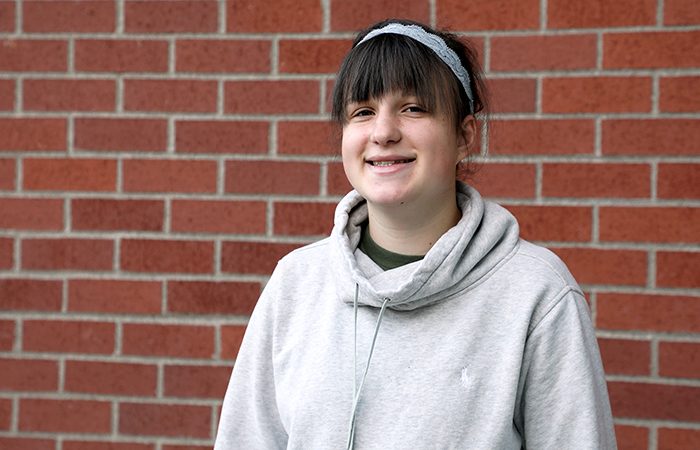 Senior Emmie Head was named to the Pacific Honors Ensemble Program (PHEP), which takes place annually in Brisbane, Australia. This year the trip took place from September 22 to October 2. Emmie and 12 other students were chosen out of the 1,400 that applied to the program.

The Pacific Honors Ensemble Program was established in 2007 with a partnership between the Western International Band Clinic (WIBC) held in Seattle and the Queensland Conservatorium Griffith University State Honours Ensemble Program (SHEP) held in Brisbane. Every year a small group of honor band students from the WIBC are selected to participate in the SHEP program in Brisbane. These WIBC students are the only U.S. students to be involved in this prestigious honor band event held at Griffith University. In addition, the SHEP is represented at the WIBC with a fabulous group of honor band students from the Young Conservatorium Wind Orchestra.

“I had a really unique experience getting to know other musicians who have the same passion and talent for music that I have,” Emmie said. “I got to perform works of [an] Australian composer and experience a different way to read and discuss music.”

“This is a huge honor for Emmie, EC and the band program,” Director of Bands Jonathan Boysen said. “These students are recognized at the WIBC concerts and in several publications. Everyone takes note which schools these students are from. Emmie is the fourth student from EC to be selected for this honor and it really reflects the quality of our program here at EC.”

She first started playing the flute six years ago and for the last two years, Emmie has played first part, first chair in the EC wind ensemble. She is also a member of the EC jazz and percussion ensembles and has played in the EC pit orchestra for the musical productions of Beauty and the Beast, Les Misérables and Big Fish.

Over the past three years, Emmie has been fortunate to have been selected and to participate in regional, state and national competitions and honor bands including: Western International Band Clinic (2014-16), Washington State Regional and State Solo Ensemble (2016-17), WMEA All State Wind Symphony (2016) and the NAMFE All National Concert Band in 2016. For the past four years, Emmie has performed and participated in Festival Disney and Music in the Parks in Disneyland and Disney World. In 2017, she received the Maestro Solo award for her solo performance accompanied by the percussion ensemble at the World Heritage Performing Arts Competition in Disneyland.