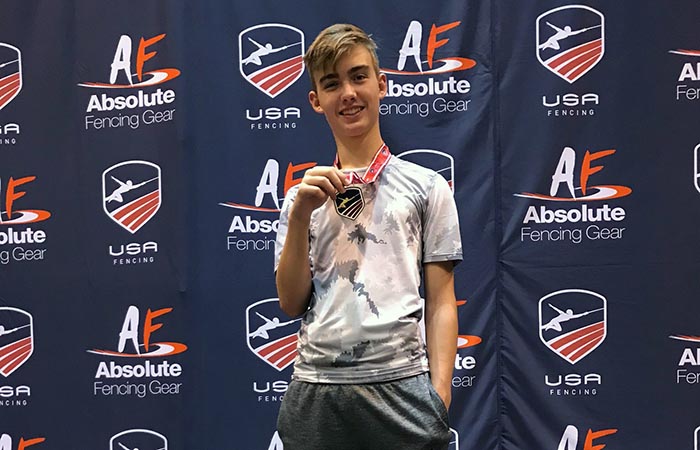 Junior Joseph Roy won the gold medal at the USA Fencing National Championship in Division III Men's Epee! The competition was held in St. Louis, Missouri in early July and is one of the largest fencing tournament in the world. Joseph competed in five divisions against the top fencers in each division. He also competed at the Division I level where Olympic athletes compete and finished in the top 40 percent in that division. Nicely done, Joseph!