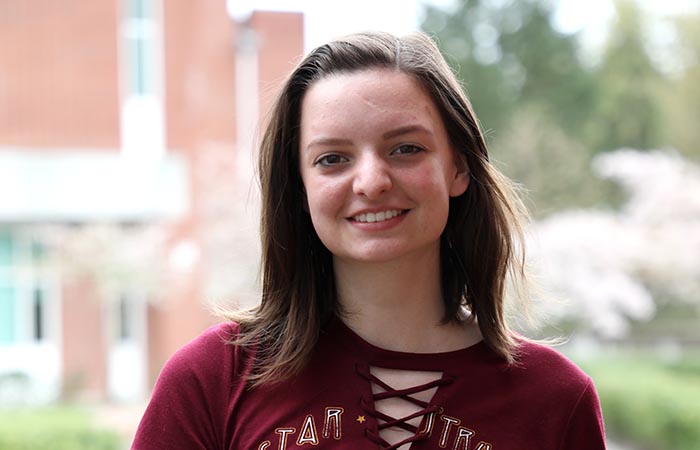 Senior Grace Skalecki, an advanced acting student, has been rehearsing for the Seattle Repertory Theatre's August Wilson Monologue Competition. This competition has run annually for several years centered around the work of African-American playwright August Wilson. Grace passed the first round of the competition and performed again for an audience with other semifinalists at the Seattle Rep, where they acted in a piece that wove together all of their monologues to form a scene. Well done Grace!