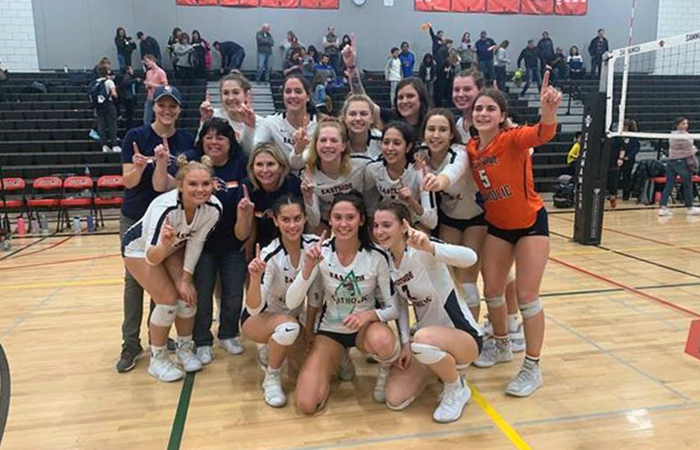 Volleyball dominated the Metro Tournament as they won their first two games both by a score of 3-0 and won the championship game 3-1 over Roosevelt. Last week, volleyball followed up their Metro Tournament win by winning the District Championship. The last game was a hard fought battle against Roosevelt again with EC winning in five sets. Sophia Meyers, the Metro League MVP, broke the school record for kills in a season during the championship game.