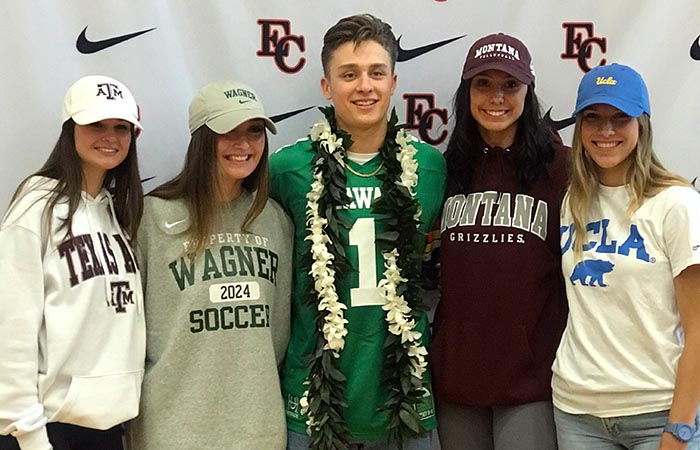 Congratulations to the following seniors who signed National Letters of Intent to participate in Division I college athletics. A ceremony was held in the Eastside Catholic gymnasium on November 13 to celebrate the accomplishments of these five student-athletes. Thank you to all the students, fans and families who attended to cheer these student’s successes.

"We are tremendously proud of our student-athletes and their hard work at Eastside Catholic,” Athletic Director Stacey Stoutt said. “We look forward to following their progress and accomplishments in college!”

The Redmond Reporter wrote an article about Maggie Nealon's commitment to Texas A&M and her background as an equestrian.