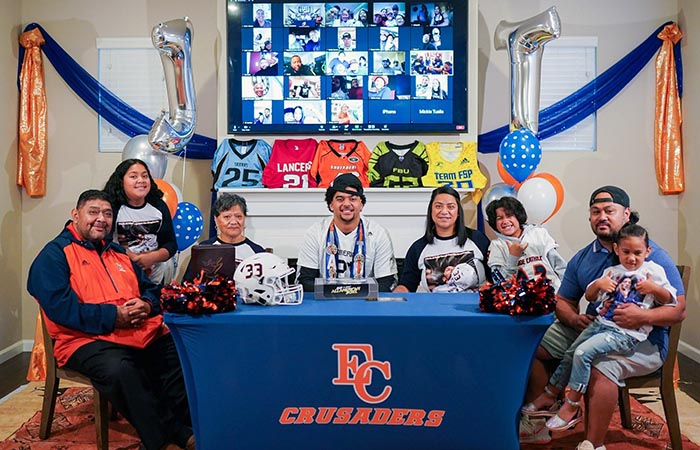 “Being an All-American is a true blessing and honor,” Jaylahn said. “It’s been a big goal for me, growing up and watching this game on TV and being able to actually see it in person in eighth grade. Being able to be named along with the greatest players listed in this bowl is a true honor.”

Jaylahn will play in the 21st edition of the All-American Bowl, an annual East vs. West matchup inside the Alamodome in San Antonio, Texas. The game will be nationally televised live on NBC and will feature the nation’s top high school football players.

"The combination of this young man’s competitive drive to reach excellence, his incredible athletic ability and his humility are not something you see every day in high school athletics,” Athletic Director Stacey Stoutt said. “What he can do on the field is amazing, but more importantly, Jaylahn is a young man of good character off the field, in our school and in our community. I couldn’t be more proud of Jaylahn and I’m excited to see where his journey takes him.”