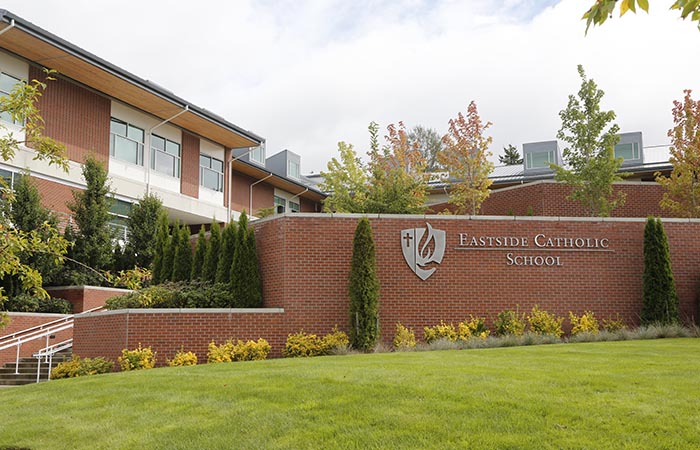 Eastside Catholic is pleased to announce that Gabby Lindblad has been selected as head coach for the girls swim team for the 2018-19 school year.

Most recently, Coach Lindblad was the head coach of the swim team at Mission College Preparatory Catholic High School in San Luis Obispo for two years. She recently relocated back to Seattle to pursue a graduate degree in teaching and will be attending Seattle Pacific University in the fall.

Coach Lindblad has been playing and coaching swimming for most of her life and is passionate about the sport. In high school she swam at Kennedy Catholic where her team won the 3A state title and she was named All-American her freshman year. She was also a member of a relay team that broke the Washington state 200 medley relay record. As a sophomore, she earned ironman status by qualifying for every event at state. She took first in all of the league and district events she competed in, top eight in all events at state and took second in state in the 100 fly.

Coach Lindblad also competed with the King Aquatic Club from the age of eight through 18. She won multiple Pacific Northwest Swimming Championship individual titles, competed on relays that were ranked in the top eight in the U.S. and was ranked in the top 20 swimmers in her age group for the 100 and 200 fly for multiple years. She was a Junior National and National qualifier in those events.

Coach Lindblad attended California Polytechnic State University, San Luis Obispo on a swimming scholarship. While attending college, she was a top 8 finalist every year in the MPSF conference, had top 8 finishes in the 100 and 200 breaststroke events at the Arena Invitational and was team captain her junior and senior year. She graduated from Cal Poly with a Bachelor of Science in applied nutrition.

"We are thrilled to have Gabby Lindblad join our EC family,” said Athletic Director Jeremy Thielbahr. “She has clearly had success as an athlete herself and is passionate about growing her sport. We are confident she will do a great job of building our swim program and will have our team competing at a very high level.”

Coach Lindblad commented, “I am excited to continue my coaching career at Eastside Catholic. I look forward to working with great student-athletes and coaching them not only to be better swimmers, but also better teammates and leaders. Go Crusaders!”