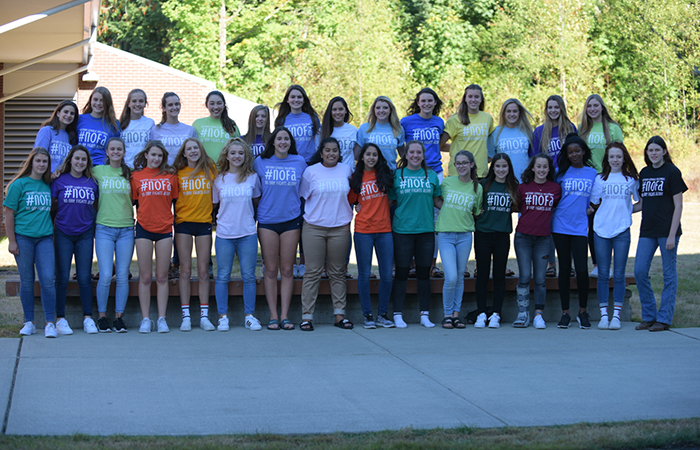 EC Hosts Game in Honor of Those Affected by Cancer
October 24, 2017

This year’s match was our most successful yet as we were able to donate $700 from shirt and visor sales to EC volleyball alumna Kat Towslee’s '14 No One Fights Alone Foundation. Kat created the foundation last year to raise awareness and provide support for those fighting all types of cancer and their caregivers. 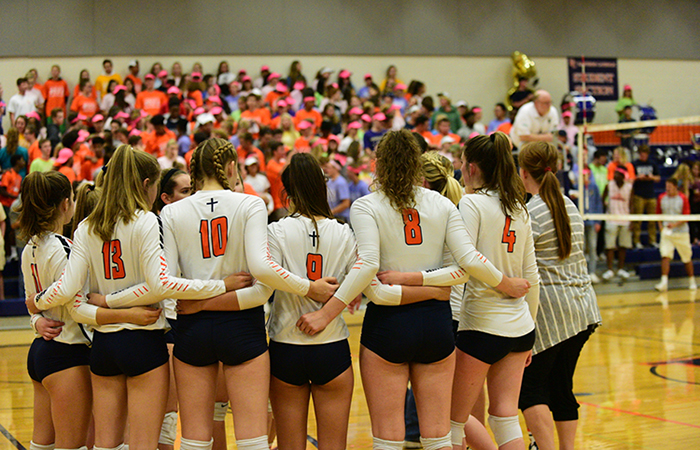 The NOFA event was originally organized in 2012 by the EC Athletic Department and Eastside Catholic’s former volleyball coach, Angie McKinnell, who was battling cancer at the time. The year after the first NOFA game was held, one of the EC volleyball players was diagnosed with cancer, which brought additional meaning to the event.